Skateparktour.ca is the most complete Canadian Skatepark directory featuring virtual tours or slide shows of Alberta, BC, Saskatchewan, Manitoba, and Ontario skateparks, In time, the tour will include all 10 provinces and all parks in any of the territories as well.

Find skateparks using the search box on the right, or either the map or the filtered list below!

Skateparktour.ca is the most complete Canadian Skatepark directory featuring virtual tours or slide shows of Alberta, BC, Saskatchewan, Manitoba, and Ontario skateparks, In time, the tour will include all 10 provinces and all parks in any of the territories as well.

Find skateparks using the search box, map, or the filtered list below!

Zoom in on the part of Canada that you want to explore the skateparks.

Thanks To Our Skateparktour.ca Lead Partners!

Narrow the list by the criteria important to you

From The Oldest To The Newest, 32 Skatepark Virtual Tours Coming! 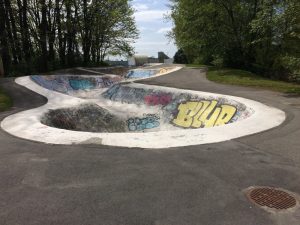 As this post is written, there are 195 Canadian skateparks on Skateparktour.ca, 88 of which are in BC. This trip will see 15 BC skateparks added and 16 parks upgraded to virtual tours from slideshows. The new additions include the recently opened Victoria Park in Coquitlam and Queens Park in New Westminster, and Canada’s oldest skatepark, Seylynn.

It will take some time to create and post all 32 virtual tours because skateparktour.ca is a one person operation, but they should all be in place before summer. that is the hope anyway. Each new addition will be announced on Facebook and Instagram, so be sure to Like / Follow Skateparktour.ca so you will be kept up to date!

Getting Ready For 2019 In Canadian Skateparks!

Skateparktour.ca has been busy getting the site tuned up and ready for another season in Canada’s skateparks!  Some changes have been made to make the site work more efficiently for you when you look for skateparks, and big plans are in place to grow the number of skateparks on the site. Here are some of the changes made so far: 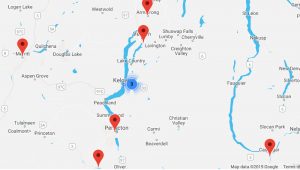 Map search results for the Okanagan 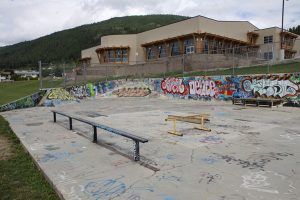 You can now have an immersive VR experience directly from a web page without the need for an app. Most of the current VR headsets can display WebVR content. All you need to take advantage of this feature is a compatible headset and a compatiblem browser on your device.  You can find an up-to-date list of browsers at WebVR.info

Skateparktour.ca will be taking some road trips this season to take photos for virtual tours of more skateparks. Planned trips currently include: 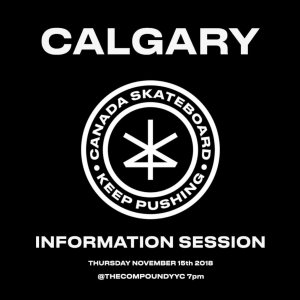 This past week Canada Skateboard with CASE hosted an information session at The Compound Indoor Skatepark in Calgary. About 30 skaters listened to Vice President Kyle Dion tell the Canada Skateboard story and share plans for skateboarding in Canada.

With skateboarding becoming an Olympic sport (we’ll talk about THAT word later!), skaters needed to form a national governing body. The governing body will decide who gets to skate in the Olympics, and how to develop up and coming skaters for future games. Funding for this work comes from Sport Canada but donations and sponsorships will also make up part of the Canada Skateboard budget

Every Olympic country needs a governing body for skateboarding. In some countries there are battles between skaters and other sports organizations to be the skateboarding governing body. If the skaters that founded Canada Skateboard hadn’t stepped forward, decisions about who skates for Canada and how they are chosen could have been made by people who have no clue about skateboarding or skate culture.

Who Is Canada Skateboard?

So, who are the founding board members for Canada Skateboard? They are all prominent members of the skate community who have passionately lived the skateboard lifestyle for most of their lives. They are:

This board will manage Canada Skateboard until board elections can be held.

Many skateboarders see skateboarding as a lifestyle, not a sport, and don’t think skateboarding should be in the Olympics. That ship has sailed and no matter what the skate community thinks, someone will win Olympic medals in skateboarding at the Olympics. Skateboard Canada was formed to make sure that decisions about Canada’s skate team would be made by Canadian skaters. Who knows better than skaters, who should be considered for the team spots and the money that goes with it?

Skating is everything. It is an artform, a lifestyle and a team activity on an individual level. It’s where you make your own rules, experiment with ideas, and push your limits for nobody’s approval but your own. It’s a community where you can be yourself, clear your mind, and connect with one another – no matter how shy or wild you are. Skating is where you push yourself to set goals and to stick to them, building a mindset that can serve you throughout life as you just have to keep pushing. #keeppushing

Building skateboarding will be the most important priority for Canada Skateboarding. They will work with local skate organizations to grow skateboarding from the ground up while providing opportunities for those who want to compete at the Olympics for Canada.